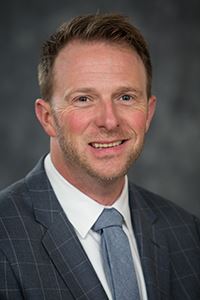 Jamie Harwood was raised in the rural Peoria County town of Princeville, where he was a 1992 graduate of Princeville High School. Jamie graduated from Methodist School of Nursing in 1997, and in 2018, was named Distinguished Alumnus of the Year. Jamie received a Bachelor’s Degree in Nursing from Penn State University in 2015, where he graduated with honors. At Penn State, he completed coursework in Critical Care and Forensic Nursing. Currently, Jamie is working on a Master’s Degree in Nursing from the University of Alabama, with a distinct focus in Administration and Leadership.

Jamie is currently the 3rd Vice President of the Illinois Coroner and Medical Examiners Association of Illinois. He is an active participating member of the Illinois Violent Death Report System, supporting research in deaths related to homicide, suicide, and drug overdoses. He is Chairman of the Tri-County Death Review Board, a professional collaboration examining cases involving domestic and elder abuse deaths.

Jamie also supports and participates in the Illinois Neurological Institute’s Operation Prom Night, advocating against drinking and driving. He is an active member of the Illinois Central College EMS Advisory Board, supporting evidenced-based best practice in Pre-Hospital Care.

Jamie is an active runner and supporter of Whitney’s Walk for Suicide Prevention. He was named Honoree Chairperson for the 2019 event.

Jamie is also an active member of the downtown Peoria Rotary Club.

In his free time, Jamie enjoys spending time with his family, Jonathan, 18-year-old son Hunter, 15-year-old daughter Hope, and 19-month-old Jacob. He enjoys traveling, reading, and takes every opportunity he can for community education.